Champion rower Harry Clasper died on July 12th 1870 at the age of 58. Born in Dunston, he had worked in the pits in Jarrow and later, on his return to Dunston, as a coke burner and a wherryman before his racing career took off. He is credited with inventing the modern racing boat. And ultimately he won both the World and Scottish championships. 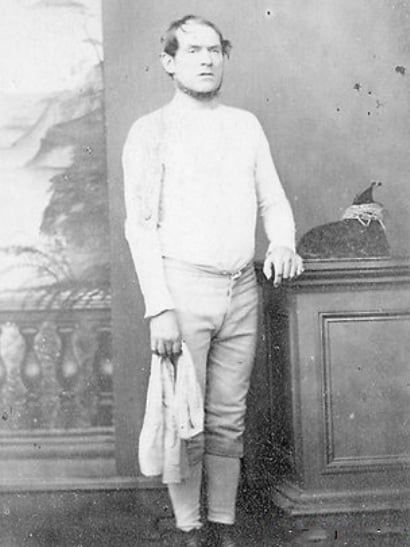 His funeral procession on July 17th attracted crowds estimated between 100,000 to 130,000 people. There were eighteen carriages carrying the principle mourners including four for family members with many others walking respectfully behind. It began in Newcastle then via tugboats across the Tyne to Derwenthaugh, over the cinder heaps behind the ovens to the waiting hearse where the procession was joined by keelmen from the Stella Coal Company, Cowen’s works, and others generally employed at Stella, Blaydon, and Derwenthaugh. Local oarsmen and members of rowing clubs preceded the hearse. They accompanied it to Swalwell and on to Whickham Church. The journey had taken three hours. The grave was immediately closed. 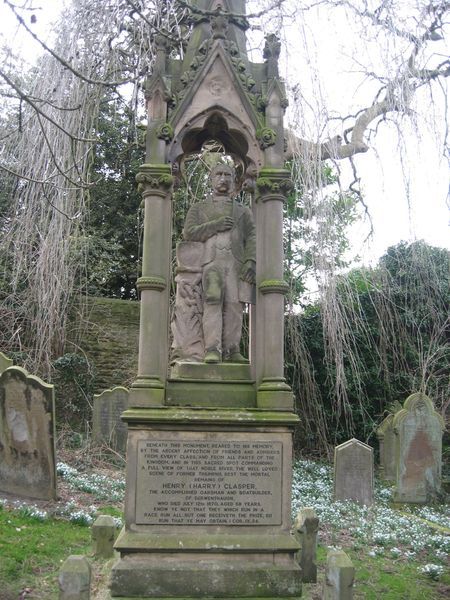 The skiff-shaped stone which marks the resting-place of his mother and his brothers reads:-

‘Beneath this unassuming stone

Lies one, when living, loved by all;

It's thus we dwindle, one by one,

Obedient to our Maker's call.

His little skiff, his sole delight,

Are all now hastening to decay.

As friend, he was beloved by all;

As brother, none had stronger ties;

He's safely moored beyond the skies.

His match with time was ended soon,

The stakes were banded o'er with tears;

His death has caused a sudden gloom,

Which nought can dissipate but years.