Britain once called Chopwell “Little Moscow”.... here’s the turbulent, tragic and incredible story behind it...

The mining village of Chopwell was known as “Little Moscow” ...and for good reason. It was described as a ‘hotbed of Communism’.

December 1913 saw the opening of Chopwell's Communist Club which was financed by George Davison the then managing-director of Kodak UK. It was only one of three in England and at a time when miners had already been on strike for two weeks. On the inaugural evening, twenty-six coal trucks were set loose down the steep hill resulting in £3,000 worth of damage to the colliery railway. Police chiefs described it as “a strange coincidence."

When the General Strike began on May 3rd 1926, the pitmen of Chopwell had been refusing to work for a year over a dispute that involved reduced wages and longer working hours. At that time there were 2,000 men and boys employed in the three shafts.

The General Strike was called by the TUC in support of the miners. On May 3rd, the colliery owners locked the miners out of the pits. The strike began one minute before midnight that same day and was widely supported.

One week later on May 10th the strikers removed a section of the railway north of Newcastle which resulted in the London to Edinburgh express train, ‘The Flying Scotsman,’ being de-railed near Cramlington. Amazingly only one of the 600 passengers was injured.

It was widely believed that miners from Chopwell were among the 40 thought to be responsible. 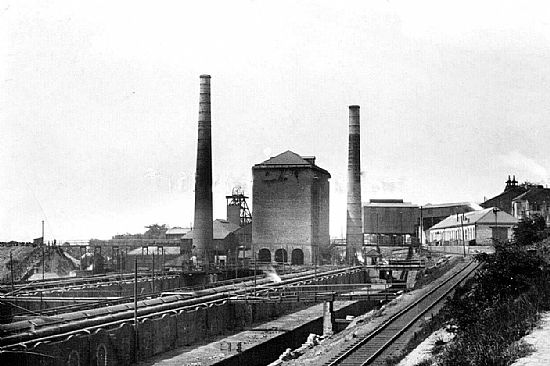 As militancy increased in momentum, the government dispatched tanks and armoured cars to the most disruptive colliery communities and sent a warship to Newcastle.

A special new police division was created to deal with the unrest at Chopwell where miners had torn down the Union Jack from the council offices and instead hoisted ‘The Hammer and Sickle.’

In the village’s Communist Sunday School, Bibles were replaced with the works of Marx and a new banner was unveiled by Irish trade unionist James Larkin featuring portraits of Karl Marx, Vladimir Ilyich Lenin and James Keir Hardie.

The Newcastle Chronicle carried headlines such as: “Under the Red Banner,” “Clutching Hand of Communism” and “Spectre of a Miniature Russia.”

The National press described Chopwell as “the reddest village in England.”

In 1919 Chopwell Institute had joined the Northern Football Alliance but later when the club officials wanted to change the name of their team to ‘Chopwell Soviets’ it was refused by the Durham FA.

The village’s ‘red reputation’ persisted for years. In the 1950s the miners presented their banner to the president of the central committee of Soviet mineworkers and for a while it was exhibited in the Ukrainian mining town of Gorlovka and then later in the Moscow Trades Hall.

In 1954 a replica was unveiled on Chopwell’s football pitch by Arthur Horner, the General Secretary of the NUM and a founding member of the Communist Party of Great Britain. Horner had previously served in the Irish Citizen Army.

In 1998 when France won the World Cup, the Chopwell Banner was carried for the last time by the French Miners' Federation through the streets of Paris.

Chopwell Colliery closed in 1967 but the memory of “Little Moscow” still lingers with streets in the village named Hardie, Marx and Lenin. 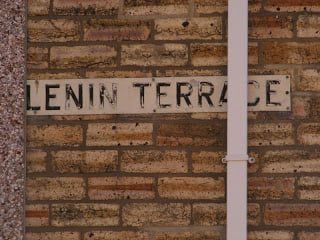